As most of you know I’ve been married.  AND divorced.  Twice.  My first divorce wasn’t that bad.  My second gave birth to THE BITTER BITCH. Yeah…it was THAT rough.  In the years since my divorce I’ve only seriously dated one man.  Sadly he turned out to be not worthy of me…which means he was a cheating liar.  Since that break-up, which happened in May of 2014, I haven’t had a date.  Not one.  Yeah…I’ve “hung out” with a few guys…mostly younger but I haven’t had a proper date.  After my last break-up I decided to take a break from dating.  I needed to figure out why I tended to gravitate towards douche bags.  I think the break was needed.

Maybe it’s the holidays or the fact that I have a birthday coming up but I’ve given this whole single thing a lot of thought the last few weeks.  And I’m not gonna lie…I’ve had a few “sad” moments while pondering my single status.  I’m not the girl that “looks” for love or the girl that can’t be alone.  I’m totally fine by myself.  But you DO become more aware of your “single” status this time of the year.  Espcially when you go to a Christmas party or a holiday dinner.  It always seems like someone has to mention it or point it out.  I’m ok with that.  I don’t mind people asking.  I just don’t have an answer to give them.

Yeah…I think I rock!  I’m fun, I’m relatively smart, I’m kinda cute, I’m honest, I have a great sense of humor….AND I’m single.  And no.  I’m not a psycho. I let my crazy out so you KNOW what you’re in for.  If you ask about the skeletons in my closet I’ll open the damn door & introduce you.

I’ll be a single Grinch this holiday season. I’ll hang with my “Ho Ho Ho’s” and laugh.  OR I’ll just sit here…holding my remote control & using my fingers instead of a fork to get pickles outta the jar.  I’m single damnit! I’ll do what I want!  😉

LISTEN TO ME ON 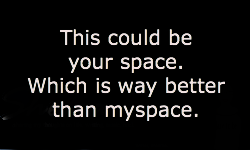